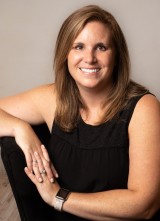 Jess Belleville Whitman is the CEO and sole stockholder of Belleville & Associates having taken over the business from her father, Ron, in January 2012. Jess is the third generation owner of the agency after coming to work for her father in 2002, and then becoming fully licensed in Property & Casualty Insurance in June 2003. Jess is a graduate of Tupper Lake High School and North Country Community College. Jess oversees the day to day operations, systems administration, and accounting functions at the agency. Jess services both personal and small commercial lines accounts. Jess has served on the Council for the NeXt Generation Insurance Professionals, a networking group for young/new Insurance Professionals through Big I New York. In May 2014 Jess was appointed to the Board of Directors for Big I New York and served on that board until 2020. Jess has also served on the Kemper Agents Council in 2008-2009, on the Board of Directors for MACs Safe Ride Continued from 2014-16, and on the Board of Trustees for Adirondack Health for 2019-2020. Jess recently received her Accredited Advisor in Insurance (AAI) designation.

Return to the staff page.